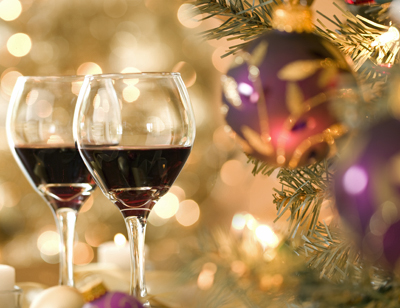 Just because the GOP is calling it a liquor privatization bill doesn’t actually mean that they are doing away with a government monopoly, cutting costs, or leading the fight for a remotely smaller government.

No, in fact, the leader of the new “amended” bill here in Pennsylvania that would end the complete control of all wine & liquor sales by the government is bragging about how he made certain to cut the private markets out of the picture by pricing the licenses to compete out of the range they were willing to accept. That’s right, the GOP lawmakers are bragging about trying to shut out the free market.

The current proposal will allow places that currently sell beer to sell wine, but only after they pay $50,000, plus an additional $15,000 every year after that. Oh, and if it’s a grocery store, we have to keep the same inconvenient current model of going to buy groceries from one part of the store, checking out, buying alcohol (beer only, for now) from another part of the store, and checking out yet again. Explain to me how this is an improvement.

Effectively, the state will still control prices and selection. While there is a wholesaler license available, GOP Rep. John Taylor from Philly purposefully priced it out of what he believes the market will pay at $100 million:

Taylor said he arrived at that figure by asking several groups what they would pay for a license to sell wine to retailers and then adding a few million. (emphasis added)

So, what we get is the perfect example crony capitalism. The prices are set based on private conversations that a lawmaker won’t reveal to potentially favor or disfavor anyone he chooses.

I also see this as potential burden for taxpayers. Sebastian and I sketched out this possible scenario last night while talking about the unbelievably stupid bill:

So let’s say a Total Wine opens up in the empty Circuit City in Warrington, PA to sell only beer & wine, as they currently do in Virginia. It’s right near the Wegmans grocery store which doesn’t have any room to expand their beer sales department to include wine. There’s a government-run liquor & wine store in the same shopping plaza, and they will be the only store allowed to sell liquor in the region – even if they carry a shitty selection.

Let’s assume that Total Wine ends up picking up most of the alcohol sales in the shopping plaza now. They can beat Wegmans on selection, and they just laugh in the face of the pathetic government store. (However, unless someone pays for the purposefully overpriced wholesaler license, they will face the same restrictions on what they can carry as the state store, and they will have to pay the same prices.) Wegmans maintains the small beer selection that people can pick up without having to move their car across the massive parking lots.

The state store may begin to lose money since no one wants to buy wine from grumpy, rude, less-than-helpful government employees who don’t actually know anything about the products they sell. The only reason they will remain in business with their union benefits and pensions is because the state has an interest in keeping stores open in the region so there is someone to sell the liquor that they refuse to privatize.

Now, we’re losing money on state stores, the market can’t really take off, and we’re only going to see the ultimate wholesale selection picked out by either bureaucrats or whatever companies Rep. John Taylor happens to like based on his pricing structure. How the hell are we better off as either consumers or taxpayers?

I can’t blame any Republican who votes for this bill. It’s not so glaringly bad for consumers that they can really justify a vote against it if they said they favored competition. But, it’s bad enough that those of us who live remotely close to the border will still find better selection and prices in New Jersey and Delaware. I can, however, blame John Taylor who drafted this sham of an amendment and is pretending for one second that he somehow defends Republican principles of a free market. It’s an amendment that never should have been written.

14 thoughts on “Republicans Sell Out the Free Market – Again”